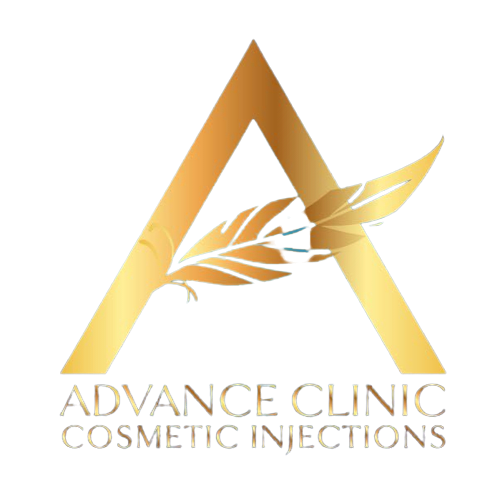 What is the difference between Botox and dermal fillers?


Botox and dermal fillers are cosmetic treatments given through injections, usually in a doctor’s office. They are minimally invasive, meaning they do not involve surgery. That is where their similarities end, however.


Botox and dermal filler treatments are popular, accounting for more than 9 million procedures in 2015, according to the American Society of Plastic Surgeons (ASPS).


Botox contains purified bacteria that freeze muscles. In doing so, Botox can help minimize the appearance of lines and wrinkles caused by facial expressions.


Dermal fillers contain ingredients that add fullness to areas that have thinned due to aging. This thinning is common in the cheeks, lips, and around the mouth.


People should be aware of the costs and risks of treatments and have realistic expectations of what they can do.


Botox is a purified form of the botulinum toxin that is obtained from bacteria. Though it is deadly in larger amounts, the tiny, regulated amount of Botox given to correct wrinkles has been used safely for decades.


Botox works by blocking nerve signals in the muscles where it is injected. When those nerve signals are interrupted, the affected muscle is temporarily paralyzed or frozen. Without movement of these selected muscles in the face, certain wrinkles may be softened, reduced, or even removed.


Botox and other treatments made with botulinum toxin are sometimes called neuromodulators or neurotoxins.


Treatments made with botulinum toxin are sold under the brand names Botox Cosmetic, Dysport, and Xeomin.


What can Botox correct?

Botox only works on wrinkles that are caused by muscle movement. These are known as dynamic wrinkles, and are often called “expression lines.”


The most common dynamic wrinkles that Botox can treat are lines on the upper face, such as the “11” between the brows, horizontal lines on the forehead, and crow’s feet around the eyes. These lines are caused by smiling, frowning, squinting, and other facial expressions.


Botox will not work on fine lines and wrinkles caused by sagging or loss of plumpness in the face. These are known as static wrinkles. Static wrinkles include lines in the cheeks, neck, and jowl areas.


Botox is not a permanent treatment. Repeated treatments are necessary for continued wrinkle-reducing effects. Most people find that the muscle-relaxing effect of Botox lasts for 3 to 4 months.


Botox side effects and considerations

The ASPS considers Botox to be safe, and 6.7 million procedures were performed in 2015. As Botox wears off over time, most side effects are only temporary.


Possible side effects of Botox include:

The treatment may also fail to work due to antibodies that fight the toxin. This happens in less than 1 percent of peopleTrusted Source who have repeated Botox treatments, however.


The ASPS advise people not to rub or massage the area of the injection after having Botox treatment. This could spread the toxin to surrounding skin, causing muscle drooping and other problems.


The average cost of a Botox injection is $385, according to 2016 statistics from the ASPS.


What are dermal fillers?


Dermal fillers, sometimes called soft tissue fillers, are substances designed to be injected beneath the surface of the skin to add volume and fullness.


Substances used in dermal fillers include:

Each one of these is designed to treat different signs of aging or other cosmetic issues.


The time they take to work, as well as how long they last, also vary. Some fillers last 6 months, while others last up to 2 years or longer.


People should discuss their individual needs and expectations with their doctor to determine what filler would be the best choice for them.


What can dermal fillers correct?

Different types of dermal fillers are designed to treat varying signs of aging. Depending on the filler selected, they may:

Dermal fillers are considered to be safe but side effects can occur. A licensed healthcare professional should perform all dermal filler procedures using only FDA-approved fillers injected with a syringe. The most common problems include:

The cost of dermal filler treatments varies and depends on the provider performing it, the area being treated and the type of filler selected. The ASPS 2016 statistics list the following cost per syringe:

These costs may be more or less, depending on how much filler is used. Using less than a full syringe of filler may be cheaper than using a full syringe or more than one.


The provider may also charge additional fees for their professional services, office visit, or other costs.

In summary, the differences between Botox and fillers are:


Botox: This freezes muscles to stop creases and wrinkles caused by facial expressions. These are typically found in the upper face, such as the forehead and around the eyes.

Dermal fillers: These use hyaluronic acid and similar substances to “fill in” or plump areas that have lost volume and smoothness. This includes wrinkles around the mouth, thin lips, and cheeks that have lost fullness. They may also be used on forehead wrinkles, scars, and other areas that need extra volume for a smoother look.

Botox results last 3 to 4 months. Dermal filler results vary, depending on which filler is used.

Because Botox and fillers are different substances designed for different uses, they can sometimes be combined in one treatment. For instance, someone may use Botox to correct lines between the eyes and a filler to correct smile lines around the mouth.


Millions of Botox and filler procedures are performed each year, and they have a good track record of safety.


A studyTrusted Source in JAMA Dermatology found that Botox and filler procedures are very safe when performed by experienced board-certified dermatologists. Side effects occurred in less than 1 percent of recipients, and most of these were minor.


Though Botox and fillers are minimally invasive, they still carry some risks. An individual should be aware of all possible risks and benefits before having these treatments.


Botox and fillers are not recommended for women who are pregnant or breastfeeding. People who have certain health conditions or who take any medications should discuss whether Botox or fillers are safe for them.


People should also discuss what Botox and fillers can realistically do for their appearance. Though they can enhance a more youthful look, the results are typically not as powerful as having a surgical procedure, such as a facelift.


Using a qualified medical provider, such as a board-certified dermatologist, plastic surgeon, or cosmetic surgeon helps ensure the procedure is done safely and properly. People should discuss the provider’s experience and training in dermal fillers and Botox before making a decision.


Injectable dermal fillers provide a minimally invasive approach to reduce facial lines and wrinkles while restoring volume and fullness in the face. More than 2.7 million dermal filler procedures were performed in 2019, accordin…